Collaborative economy, connected consumption, collaborative learning, peer-to-peer (P2P) networks, collaborative production, open knowledge, collaborative finance, crowdsourcing, sharing economy ... Most of these concepts appeared in the mid-2000s, except for "learning" and P2P networks that can be traced back to the 1970s. We discussed some of these in 2010. 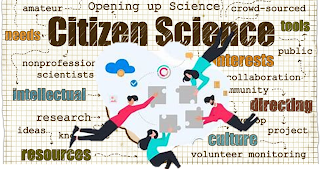 Sharing has been an integral part of many different cultures and societies throughout history. ‘Collaborative economy’ (coined in 2011, five years after "crowdsourcing") was associated with new types of digital platforms that allowed people to access and share resources more efficiently. Uber, Lyft, TaskRabbit, AirBnB, DoorDash, Upwork, Netflix and many other companies emerged, offering increased access to services, lower costs, and greater convenience for consumers. The concept of collaborative economy grew in popularity, with companies like Airbnb and Uber leading the way.

However, neither Uber drivers nor Airbnb hosts really collaborate amongst themselves or with their customers.

Kickstarter's users don't quite collaborate with each other either. Project creators offer rewards to people who pledge money to help reach their funding goals. Kickstarter (launched in 2009) also offers resources such as advice sessions and team-building events, but it's merely to bring existing teams together and encourage their group activities or outings. Same applies to less known crowdfunding platforms focusing on science - such as Experiment.com, Spark.ucla.edu or Petridish.org.

PatientsLikeMe is a platform that connects people with chronic conditions to share their experiences and support each other. It is not specifically geared towards scientific research projects but allows major pharmaceutical companies such as Genentech and AstraZeneca to access de-identified data.

Innocentive, (Incentivizing Innovation, in operation since 2001) pioneered the concept of crowdsourcing for science. This platform connects organizations with a network of diverse, creative problem solvers around the world. Creators can earn rewards for their ideas, depending on the complexity of the challenge and the value that the solution provides to the company. But this model is inequal, as the companies that utilize the platform benefit more financially than the creators themselves. The major challenge for Innocentive remains the cultural barrier within the organization. Solution the company is looking for is best known to the internal R&D team and the company may be hesitant in sharing it with an external network without involvement of its employees. To address this issue Innocentive launched “InnoCentive@Work”  - an enterprise application to engage its own employees, customers, partners and suppliers and allows them the control to offer the challenge to the entity that they choose. Innocentive has many competitors trying slightly different approaches - like NineSigma, Brightidea and Kaggle (for data scientists). Crowdsourced phenotyping has not picked up yet in the -omics science. AllofUs program promised to engage the public in biomedical research but so far failed to reach this goal.

Could existing collaborative, open-source models help increase the disruptiveness of scientific research while rewarding the specific contributions of each participant?

One recent study suggests that far-reaching hopes about fostering public engagement with science are still premature. Individuals engaging with science via crowdfunding are not representative of the population. Majority is either not aware of crowdfunding or not interested in participating.